Wedding Rings: A Symbol of Marriage 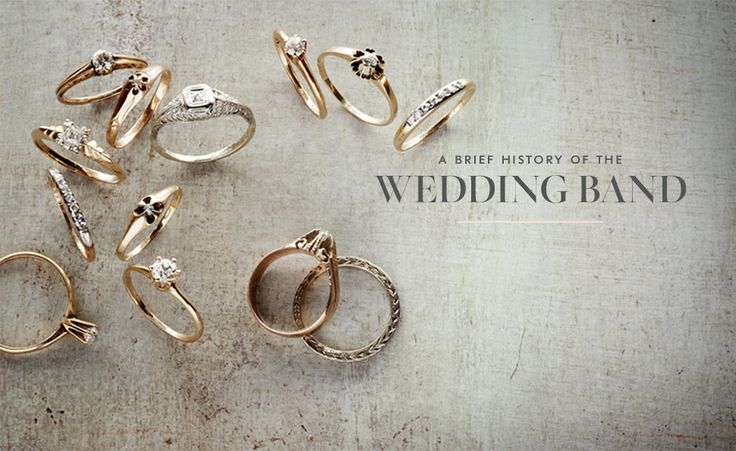 Wedding Rings: A Symbol of Marriage

Sometimes getting engaged can be so exciting that we truly lose its history and symbolism. Many of you may have wondered why do we use wedding rings, one of the most popular traditions nowadays.

The wedding rings symbolize the union between two people and their commitment and love to each other. The reason that ring is circular is because it represents the union of two as eternal, and this tradition is believed by many cultures around the world today. However, the diamond ring is new tradition in the wedding ring’s history.

According to traditions the wedding bands date back to the Egyptian times around 2800B.C, yet other stories date back to prehistoric times. Some existing texts display a groom tie strands of grass around the ankles of the bride in order to keep her soul from escaping. However, the wedding band tradition has altered throughout the years, starting with grass, moving to rope, then leather and finally to the metal band which we are familiar with today.

There are several ancient cultures (including the Romans) that claim the invention of the reason why the wedding rings is placed on the third finger of the left hand. These cultures believed that there was a vein from that finger which ran directly to the heart. in fact the Romans called it “Vena Amoris” which is translated as the “Vein of Love”.

In 1400 the diamond engagement rings were only common among royal and wealthy people. In the late 1800s many new diamond mines were discovered and as a result the price of diamonds dropped dramatically becoming more affordable to the average couples

This tradition however does not concern only women but men as well.

The ancient Egyptians made rings for both men and women in order to express their endless love. In the World War II started wearing their wedding rings to remind them their families and loved ones back home.

As the origins of the wedding ring are dated way back, the tradition is being honored until today. The couples today choose a ring that will express their eternal love and commitment and that is significant to both the bride and groom. For every bride and groom is a special moment when the groom pops up the proposal with the engagement ring reminding to all of us its significance and importance.